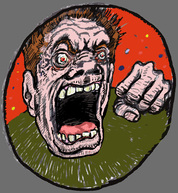 
Angry Downtownite is in a constant state of rage. His indignation and irritability is brought on by years of downtown living that have been soured by his observances of civic inactions and general apathy. He makes no fuckin' apologies and enjoys sharing his opinions. 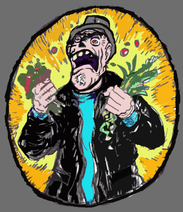 This salad munching, B12 deficient, brittle-boned wisp of a man scours the city for vegan/vegetarian options on the menus of our local eateries. If he doesn’t like what is being offered, you’re going to read about it. A rabid Rottweiler would cower under the stench of the vitriol streaming out of his gluten-free cakehole. He is angry, very angry. You have been warned. 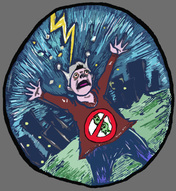 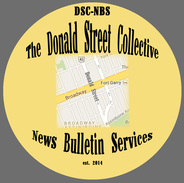 When the action goes down on Donald Street, the Collective has the eyes and ears on the curb to bring the news straight to you! Always biased and always opinionated, the DSC News Bulletin Services strives to  keep you abreast of Donald Street happenings. 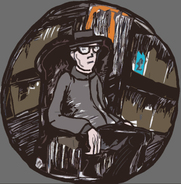 Currently under license review (suspension), Herr Doktor uses his time thinking and writing about the aesthetic, theoretical, and cyber contexts Peggers negotiate. A dedicated Dionysian, he is best inspired while engaged in debauchery.  He is uncertain whether he inhabits the Real. 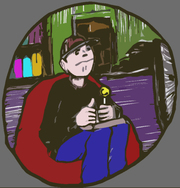 He loves a warm joystick and considers himself  to be freakishly fond of cold, cylindrical objects. He obsesses about a reality where he has several more eyes and hearing appendages so he can truly take in all the information our world has to offer. Joystick 'n' Hand is tapped into all forms of popular media and actually sustains himself on various forms of plastic, red kidney beans and potato chips, regurgitating pop culture reviews and meditations in the process.

Lucky can't help but be positive, he was made that way. With tips and cliches of self empowerment, he hopes to share a bit of sunshine. But...like puke by the LC, Unlucky has his two-bits to add. The dynamics of binaries play out with these two Donald Street residents. 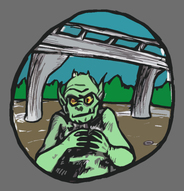 ﻿The Midtown Troll﻿
The Midtown Troll has been labeled for being the troll that he is for years on various Winnipeg discussion groups, social media, and newspaper online comment sections.  Never has he subscribed to the boring notion that for an opinion to be valid "it must be moderate, well-balanced, and politically correct."  As he is always honest in his opinions, for him, being called a "troll" is a badge of honour.   He can often be found on, under, or around the Midtown bridge. 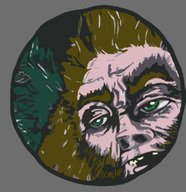 Food is not only the sustenance of Sir Omnyvore's body, but also his soul. Put any edible (or semi edible) item in front of him and he will consume it with passion and vigor. Sir Omnyvore knows what he likes, and if he doesn't like it, he will let you know why. Never to shy away from exciting, challenging food, Sir Omnyvore will edify eaters to must haves and must avoids. 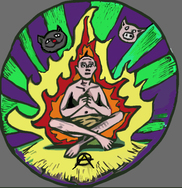 
Born in Climax SK, his family moved out there to start a laundromat.